HOBS: Ancient Approaches to Debt, other than Roman. 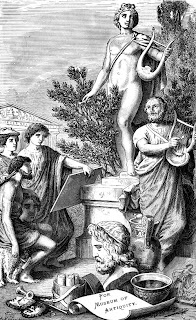 Yesterday we looked at Roman responses to debt. Let us go back in time again and examine other ancient approaches to over-indebtedness.[1] After all, we are told that, “debt was a powerful and frequently troublesome factor in ancient society.”[2]. It is important to look at ancient approaches because they influenced the medieval approaches to insolvent estate management.[3]

One commentator has observed, “In ancient systems of law, insolvency per se was looked upon as something irregular and fraudulent, whether the debtor was actually honest or dishonest.”[4] There were consequentially responses to breakdown in these debt relationships. Mechanisms dealing with a debtor’s inability to pay, i.e. insolvency, have existed from the very earliest of times. Indeed, “such ordinances date back at least to the Draconian, which was in force six centuries before the Christian era, when Florence was a village of huts on the marshes of the Arno.”[5] The Greeks (pictured right) took an approach to insolvency that was based very much on the idea that a creditor would be justifiably damaged if they had been so careless as to lend to a debtor who could not pay back the sum owed.[6] This ‘serves you right’ approach was deemed advantageous in that it caused creditors to be more cautious about future lending decisions. This approach is perhaps best exemplified by a mid-nineteenth century commentator who observed, “…he who gives credit deserves any loss which may arise therefrom…”[7] Pursuant to Hebrew law, slavery was a treatment that was meted out to defaulting debtors in addition to imprisonment for debt. These treatments were used as punishment for indebtedness.[8]

[1] On this treatment see further: Rajak, H. The Culture of Bankruptcy, in Omar, P. (Ed). International Insolvency Law: Themes and Perspectives. Ashgate, Hampshire, 2008, at pages 8 to 11. See also: Levinthal, LE. The Early History of Bankruptcy Law [1918] University of Pennsylvania Law Review, vol.66, pp.223-250, at page 230-231, for a brief exposition of the Code of Hammurabi, Hebrews debt provisions, the approach of the Pharaohs and the law of Rome.

[3] For an argument that the Law Merchant was derived from Italian law, which in turn was influenced by Roman law see: Fletcher, I.F. The Law of Insolvency. 1st Edition. Sweet & Maxwell Ltd. London, 1990, at pages 5 and 6.